Winemaking is science driven and hence an ever-evolving profession. Through experimentation, we always strive to improve our techniques, processes and ultimately our wine. Whether it is a new yeast strain or barrel maker that we experiment with, the goal remains the same: to make the best wine possible. It’s what makes my job interesting; every year we conduct new trials and every year I learn something new.

Two years ago, I wrote a blog about our cork selection process and in it, I mentioned why we pay so much attention to our closures: “After spending months, years crafting our wines, we don’t want a cork to ruin our wine.” That premise is still true today which is why we have transitioned from punch corks to technical corks. Cork is a natural product; one that we consider 100% sustainable. However, there is a component (trichloroanisole or TCA) that can impart a musty quality and hence ruin the wine. We call this a “corky” wine. Cork producers have worked hard to eliminate TCA or at least mitigate its impact. In the quest to do so, a French company named Diam has created a new technical cork. 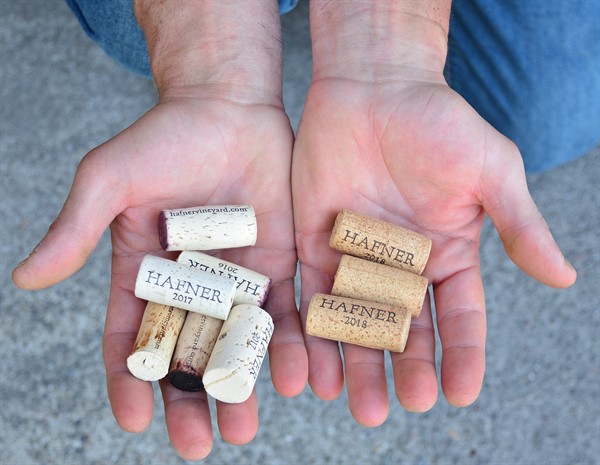 Technical corks have been around for decades. (Sparkling wine closures are primarily technical corks with two discs of solid cork at one end.) The first two stages of the manufacturing process are the same as punch corks: the bark of the cork tree is harvested (at 7+ years of age) and then air dried for 6-12 months. While natural corks are then “punched”, the cork for Diam closures are ground up and cleaned using a patented method employing pressurized CO2, allowing each granule to be cleaned completely, thereby eliminating TCA from the product.

While it is important to have closures be cork-taint free, the other compelling reason we changed to Diam corks is their consistent oxygen transfer rate. Cork (both punch and technical) allows wine to develop and age because of air that is released through its pores. The rate at which this occurs is known as the "oxygen transfer rate". Diam, through their analysis, was able to determine this rate. Not surprisingly, the oxygen transfer rate of technical corks was consistent and predictable because every cork was exactly the same. Punch corks, on the other hand, had a higher oxygen transfer rate and there was less consistency of the rate. Some corks were tighter grained and had a lower rate, while others were looser grained with a higher rate. In other words, the variability of the wine from bottle to bottle was significant with punch corks and negligible with technical corks.

At Hafner Vineyard, we hold our wines longer than most because we believe that bottle age adds complexity and development to the wine. That is why it is imperative for us to have closures that provide a consistent oxygen transfer rate, so that every bottle develops at the same rate. Bottle to bottle variation is diminished significantly by using technical corks. 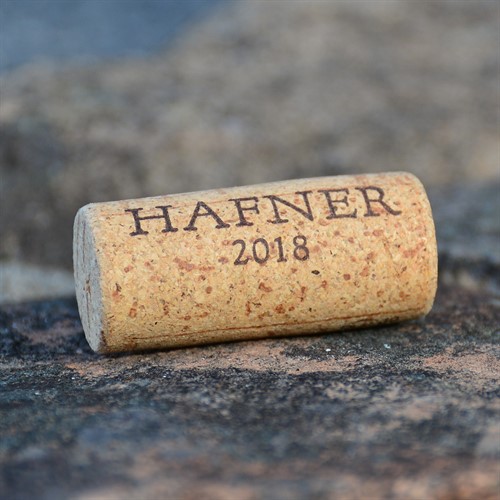 The results from the lab were compelling, but how did the technical cork fare in practice? I called several colleagues, both here and in France, to learn if they were using Diam corks and what their experiences were. They all were using Diam and everyone raved about them. One friend who had run experiments over several years comparing Diam corks and punch corks told me, “There’s no comparison; just do it.” We followed his recommendation and in 2019, we bottled our wines with Diam closures. 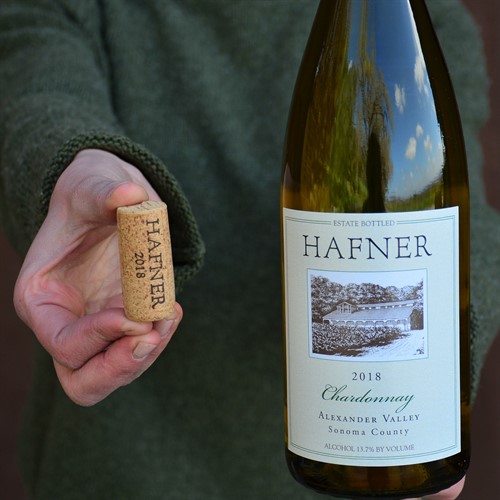 I am a scientist first and foremost, so while I did bottle the majority of our production with Diam, I also bottled a few cases with other closures. Over the past year, we have held several blind tastings and the Diam corks have won every tasting hands down. My friend was right; there was no comparison and for me, no hesitation that my decision was the right one. To have such definitive results is a scientist’s dream.