The goal of every winemaker, I believe, is to produce the best wine they can each year. There are so many variables in winemaking (beginning with the grape sources and yeast choices to barrel selections and topping regimes) all of which influence the wine. As a result, winemaking is a very collaborative profession. We are constantly talking and sharing with fellow winemakers about our latest techniques and vice versus. The goal is for everyone to make the best wine possible because we all benefit. If we don’t, customers will opt for beer instead of wine. We have been making wine here at Hafner Vineyard for over 35 years, and we enjoy the wines we produce, so we are not trying to make dramatic changes, but we are always looking at ways to make subtle improvements. 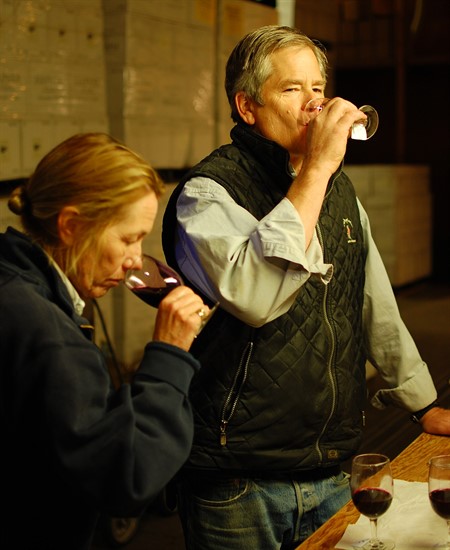 The best part about being on the winemaking team is the excitement of harvest. And with harvest comes new experiments. We have several experiments this year in the cellar, but the one that I am most excited by is our barrel fermentation of Cabernet. The idea came from a friend, Bob Pepi, who Parke worked with at Chappellet in 1980. Barrel fermentation allows the oak to integrate into the wine softly and smoothly. We have always barrel fermented Chardonnay since we began Hafner Vineyard, but barrel fermented Cabernet is a daunting exercise. (The color of red wine comes from the skins, so the juice is fermented with the skins, typically in a large tank.) To ferment Cabernet in barrels, you need to pop the head of the barrel out, fill the barrel with must (juice and grapes), put the head back in. All of this takes place during a busy harvest day. Needless to say, it took me several years and many tastings to convince Parke that we should try it. 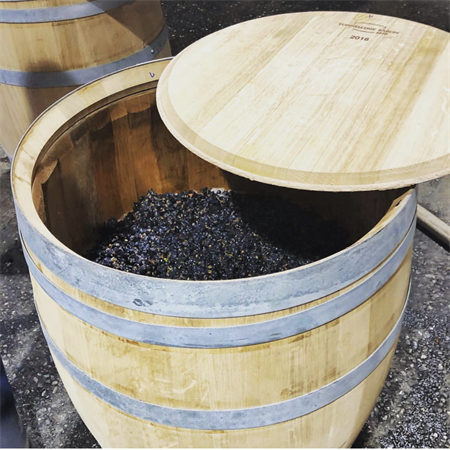 There are many logistics to experiments and this one was no exception. First we needed to find space in the winery, close to the press. Then we had to select new barrels that would give the wine the most interesting components. Selecting a day to harvest is always critical, but for this experiment we also needed to coordinate with a Master Cooper (Ramiro Herrera) who would come to the winery and remove (and replace) the heads when we were harvesting. (This job is not for the faint of heart or the unskilled because if you are too slow, the barrel starts leaking; if you don’t replace the heads correctly, the barrel starts leaking; you get the idea.) Key to every experiment is having a control, so we needed an available tank to ferment the “control” wine in.  With all of these details worked out, we began our experiment on October 26. 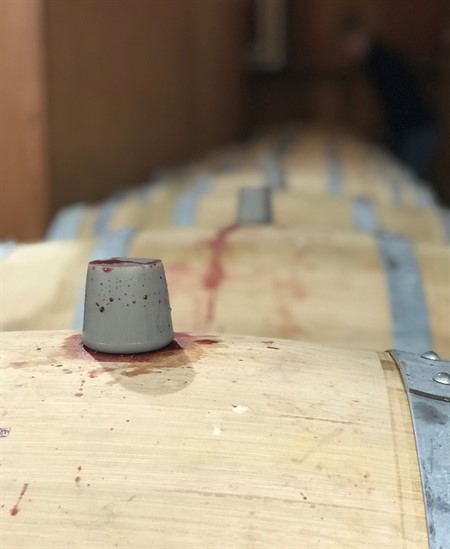 While the grapes were being picked, Ramiro marked each barrel so he knew which head went with which barrel, then he popped the heads out. (“Popped” sounds like it was so easy, but it was not. Ramiro had to remove two hoops and loosen a third, open the staves up just a bit and lift the head out.) Thankfully, Bob agreed to come up and help out. He had a system for filling the barrels. (You want to maximize the barrel, but you can’t fill it completely because it will overflow during fermentation.) After the barrels were all filled, Ramiro then replaced the heads. Now the fun part…getting the filled barrels onto the barrel rack! Normally we move barrels only when they’re empty because they are so heavy, but thankfully the forklift and some brute strength allowed us to get the barrels all lined up. 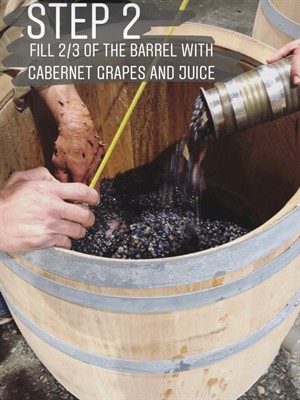 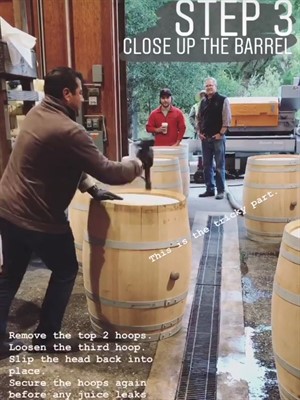 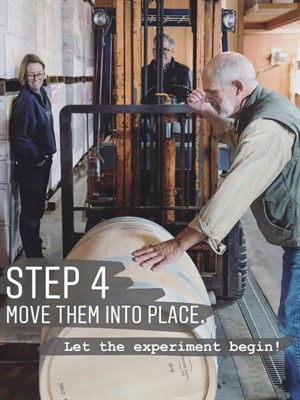 Key to red wine production is color and flavor extraction from the skins. In our tanks, we perform pumpovers (taking the juice from the bottom of the tank and pumping it over the skins); in the barrels, we had to roll them to ensure that the skins were in contact with the juice. Because this experiment was my idea and quite labor intensive, I was put in charge. Rolling a barrel seems so simple and it basically is, but there are a few twists. First, you have to put the bung into the barrel, you want it tight so as to not lose any juice and skins, but not too tight because you have to pull it out as soon as the barrel is upright again. (CO2 gas is a byproduct of fermentation. If you bung up the barrel, it will build up pressure and potentially explode.) Second, you need your barrels to be upright to be able to pull a sample, so you need to make sure all the barrels are straight. Straightening barrels takes a lot of maneuvering which I did most of the time, but I did have to call Parke for assistance a few times. The floors of the winery are sloped towards the center drain, so rolling the barrels down was pretty easy. Rolling them back took a bit more effort. Throughout fermentation, I rolled the barrels three times a day, checked their progress and tested their sugar level. 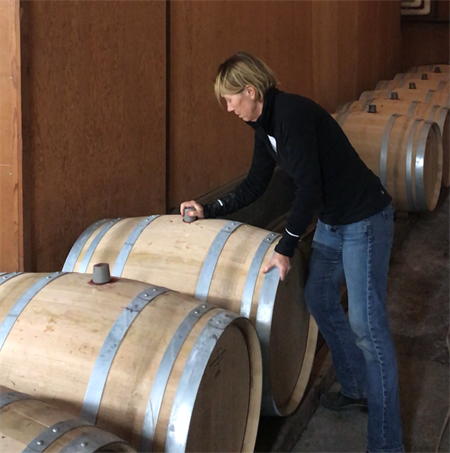 When fermentation was complete, we coordinated with Ramiro and Bob to empty the barrels and press the skins. Parke was able to pump all of the wine out the barrels before they arrived; then Ramiro popped the heads off and the crew emptied the barrels into the press. There were several techniques to do this, but in the end, we decided to lift the barrel up with the forklift and then tip it over into a drain tub that was then shoveled into the press. It was a lot of work for a small amount of wine. Fermenting in 10 barrels yielded 5 barrels of wine. 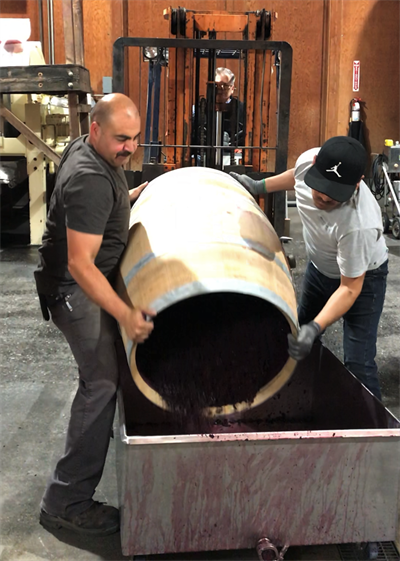 Initially, we are pleased with the results, but we will have to see how the two wines evolve. The barrel fermented Cabernet has a softness and roundness that the Control has yet to develop and the integration of oak is quite lovely. What next? Tasting, of course! Over the next two years, we will continue to taste, evaluate and compare the two wines to determine if the added work improves the wine. And if it does, maybe we’ll ferment in more barrels! We, of course, couldn’t have done this experiment without the direction of Bob and the skill of Ramiro. Thanks to both of you!