After the recent fires, we have been particularly aware of the need to reduce fuel near the winery. The Kincade Fire that broke out on the evening of October 24th, 2019 and reached our property in just hours. It burned grassland, fences and brush, and without the incredible work of the firefighters, our winery and homes would have been burned. 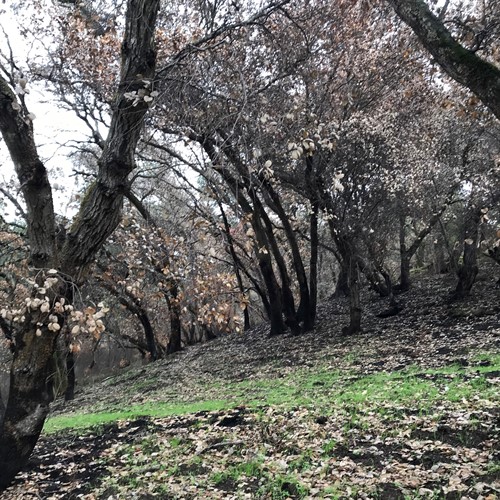 Fire preparedness is a frequent conversation topic both at the winery and in our community. One way that fires gain momentum is when they reach thick brush. Mid-sized bushes can act as “ladders” where the fire climbs from the ground into brush and up into the trees.

We have 150 acres of oak woodlands that we leave for the wildlife, along with two horses and some cows occasionally. This means that the grasses are well mowed in certain areas; however, invasive plants like scotch broom and star thistle can be abundant. 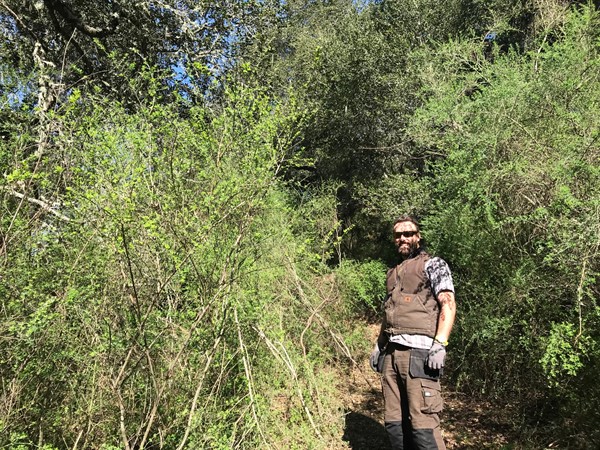 Eliminating the scotch broom and star thistle yields two benefits: 1. Less fuel in case of fire and 2. Less water and nutrient competition for native plants such as oak trees.

In the past, we have pulled scotch broom by hand, but that is time consuming (and exhausting!). We do not want to spray with herbicides, so we thought about other various options and figured the best way is to fight nature with nature and hungry stomachs… goats! We turned to our friend and local vineyard manager/farmer/winery owner, Bret Munselle. (Bret has a long history with Hafner Vineyard. He worked the bottling line here as a kid and his mom worked with us for many years.) 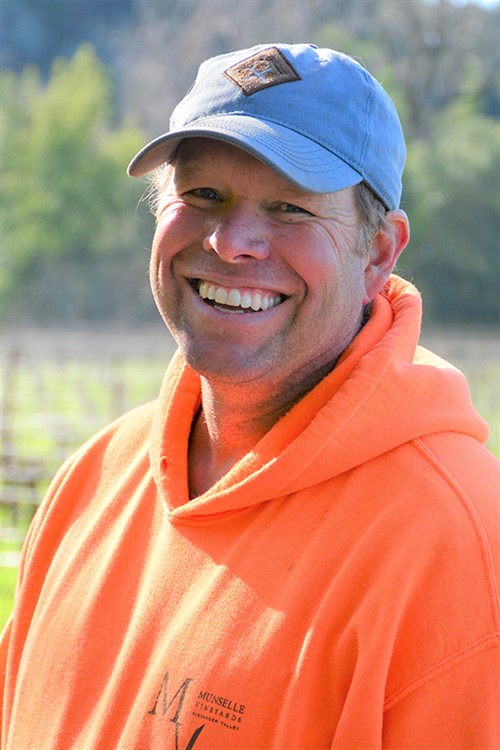 Bret has a herd of 50 goats. He offered to bring them over, so they could nibble away at the vegetation. 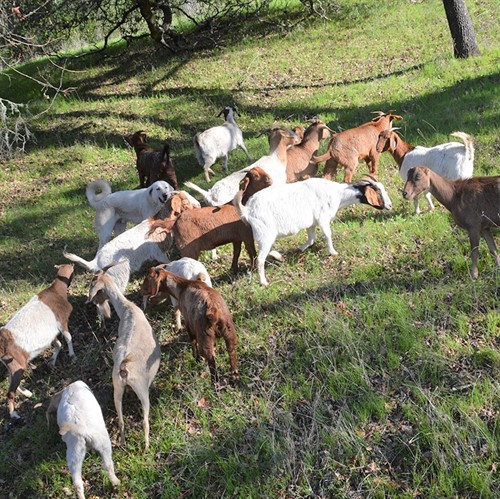 Thirty-five goats and one, beautiful Akbash dog named Buddy arrived and quickly got to work. 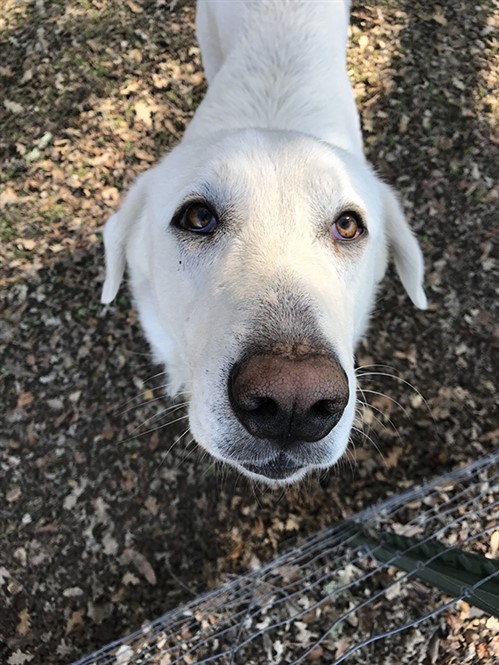 Buddy patrolled the fence line, letting the coyotes know who is boss, while the goats began snacking away. They ate the tiny green grasses first, then moved on to the scotch broom. They would climb on it, push it over then nibble all the leaves and peel the bark. It is incredible how quickly they made a difference. 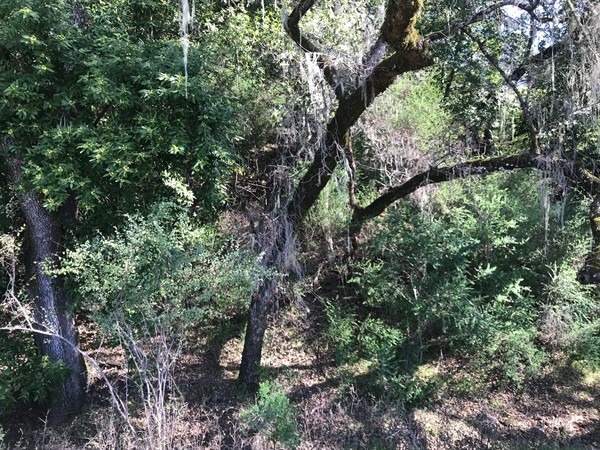 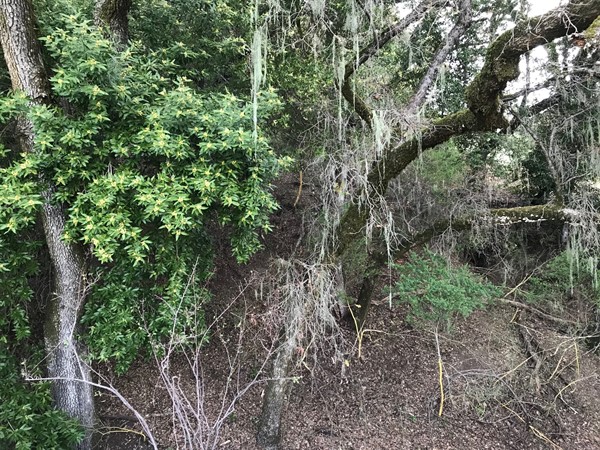 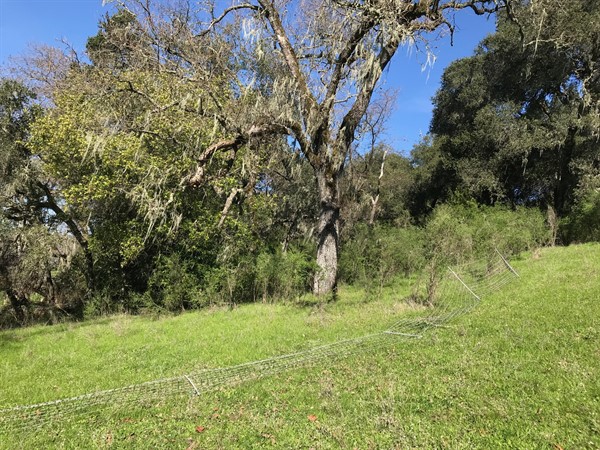 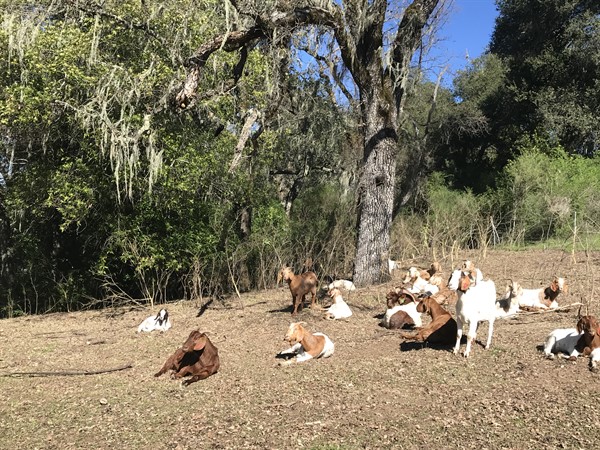 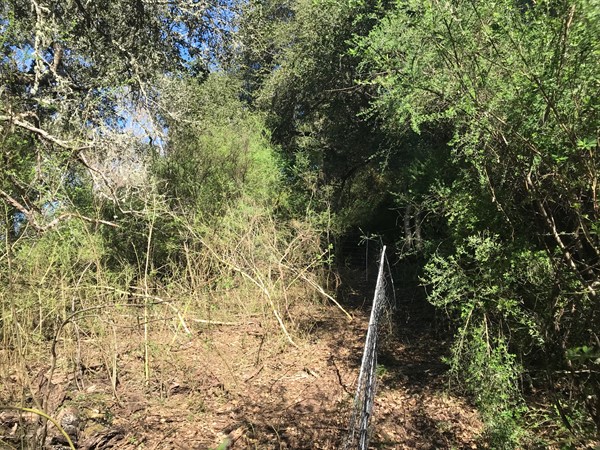 The goats have eaten on the left side of the fence but not the right side.

The scotch broom has become sticks that we will now remove so they don’t grow back.

Having the goats here has been very fun and entertaining. The goats and Buddy now run to the fence as we walk by, hoping for a snack. We often feed them cover crop from the vineyard and give Buddy lots of love. They find the most precarious spots to eat. Why does the best food always seem to be at the trickiest spot to reach!? Whether in a steep canyon or up a tree, the goats aren’t phased! 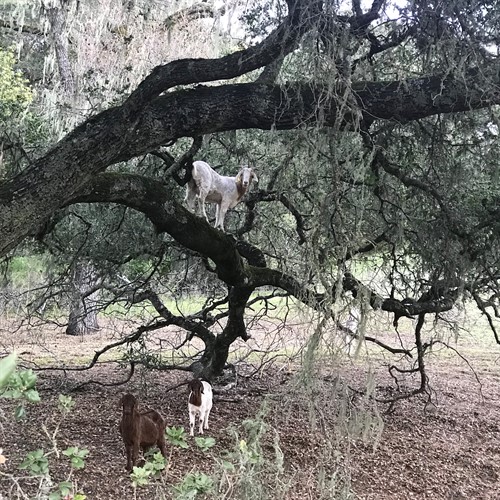 We are grateful to Bret for sharing the goats with us. They’ve made a huge difference in the area that they ate. And what fun for us to hear cute goat chatter from the winery!