The technique of barrel fermenting Chardonnay has been used for centuries in France, but was first introduced to me in 1979 when I worked at Chappellet winery in Napa Valley. My time working at Domaine des Comtes Lafon, in Meursault, France two years later continued to expand my understanding and appreciation of barrel fermentation. As a result, we began fermenting in barrels with our first vintage, 1982, at Hafner Vineyard. 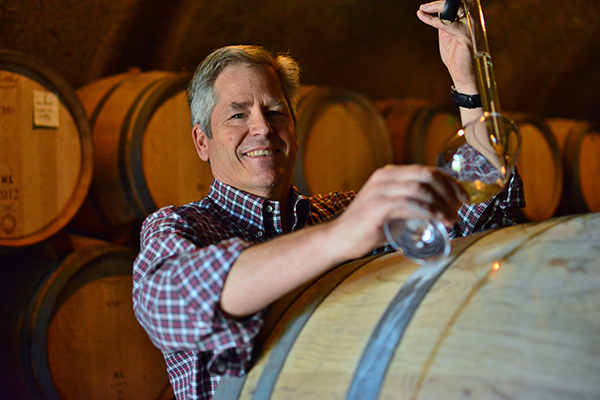 Fermenting in temperature-controlled stainless steel tanks (50°-55°F) does have the advantage of retaining more of the Chardonnay varietal character. When comparing tank-fermented wines with barrel-fermented ones, the tank wines have bright fruit aromas of tropical fruit, melons and citrus whereas the barrel fermented wines seem smoother, rounder, richer.

Key to barrel fermentation is knowing how full to fill the barrels. During the initial phase of fermentation, a significant layer of foam is produced on top of the juice. If you fill the barrels too full, the foam and fermenting juice flow out of the barrels (you make a mess and potentially lose wine). If you don’t fill it enough, you don’t utilize your barrels efficiently; so over the years, we have learned to put about 52 gallons of juice in a 60 gallon barrel. 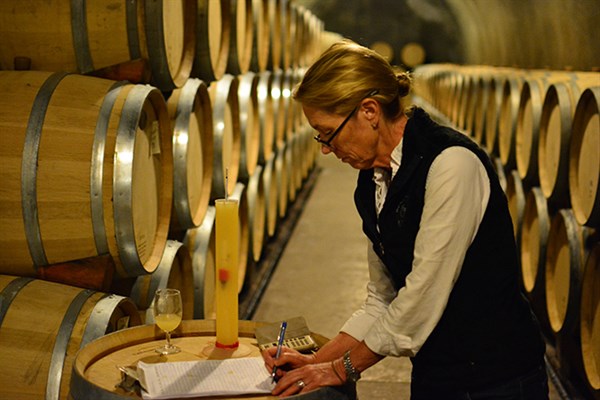 My wife, Sarah, tracks the Chardonnay barrel fermentations through harvest noting their brix and temperatures as well as aromas and flavors.

Prior to filling the barrels, we chill the juice to about 45°F. Alcoholic fermentation is a heat producing reaction, so within a few days the temperature of the juice will rise to its peak of 72° to 75°F. As the sugar is depleted (and converted to alcohol), the foam will lessen and we are able to slowly add more wine to the barrels. Within 10 days to two weeks, all of the sugar will be converted to CO2 gas and alcohol. The fermentation is complete. The temperature of the wine will then gradually drop to the natural temperature (62°F) of our caves. 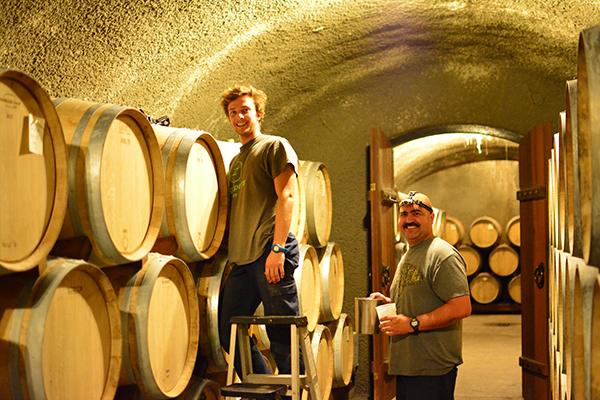 As you might imagine, there is considerably more time and effort involved in tracking and overseeing the fermentation in 60 barrels compared to one 3,000 gallon tank. It is important to us to make wines that are interesting and complex which is why we ferment about half of our Main Chardonnay in barrels and the other half in stainless steel tanks. Utilizing both fermentation styles allows us to take advantage of the benefits of each technique. The Reserve Chardonnay is 100% barrel fermented because we are making the wine in the French tradition. Our two Chardonnays are distinctly different from each other, in part thanks to barrel fermentation.