A vineyard is always a work in progress. Every block I have ever worked with has had a unique personality. Even two blocks of the same variety planted next to each other are often quite different. And each block has a lifetime. For some that can be 100+ years! Though about 30 or 35 years is more common. Sometimes disease can lead to a shorter life span. That is what happened to 13 acres of our Chardonnay. 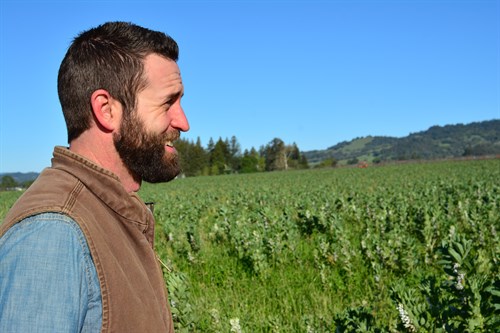 It was a two front war: viruses that reduce productivity and fungi that cause portions of the vines to eventually die. Plant pathology diagnostics have discovered several new viruses that explain decreases in productivity previously thought to be a nutrition issue. Thankfully as these viruses have been identified, researchers have quickly found ways to produce nursery vines free of them. With these advances and the decreasing productivity of the vines, we decided to replant those 13 acres. That’s 13% of our planted acres, a pretty big chunk to take out of production for a few years since it takes 2-3 years before the new vines produce any fruit. 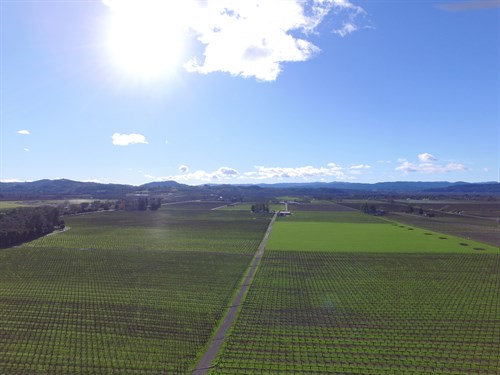 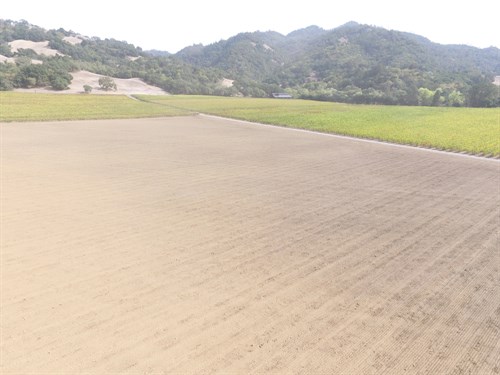 Next we seeded a cover crop, called Organic Soil Builder (OSB). This is a mixture of different plants that are grown over the winter and incorporated into the soil in the spring helping to enrich the soil with nutrients and organic matter. 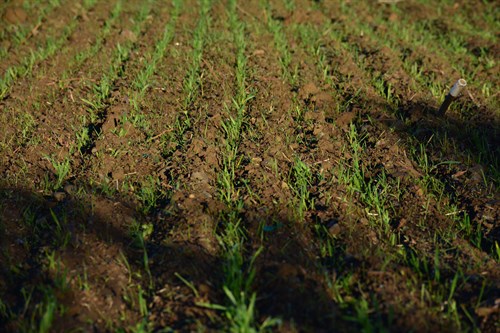 It includes nitrogen fixing legumes such as beans and peas, along with oats to provide healthy biomass. Soon, we will till in the OSB. 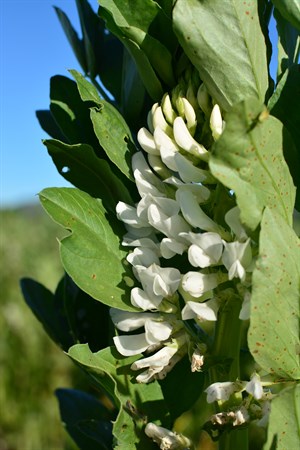 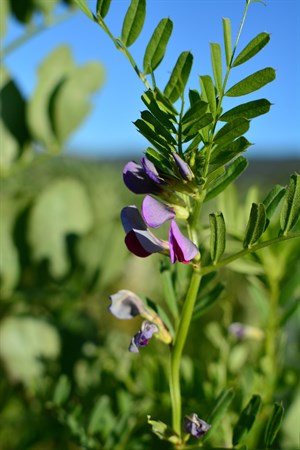 Then we will lay out the metal stakes and trellis wires upon which the grapes will grow. Installing the irrigation system will be next with pipes buried in the ground and connected to drip tubing that will carry water to the emitters at each vine. Finally it will be time to plant the new vines.

Our vineyard productivity has steadily improved as new technologies and methodologies have been discovered. Modern tractors allow us to plant rows closer together increasing the number of vines per acre thereby harvesting more fruit from the same acreage. Instead of planting the 13 acres back to Chardonnay, we will plant Cabernet Sauvignon because the grape market in Alexander Valley for Cabernet grapes is better than for Chardonnay. (In a normal year, we sell about 60% of grapes to other wineries.)

The new vines (14,214 of them to be exact!) that we have selected are grown in a nursery hundreds of miles from vineyards to ensure they are clean. They have been screened and certified free of all known viruses and fungal diseases. Scientists are constantly looking for ways to improve vine productivity and these new vines we will plant are the vanguard of a disease free future for grapevines. Recently I went to visit our vines at the nursery and I can’t wait to get them in the ground. Here’s a shot of the nursery: 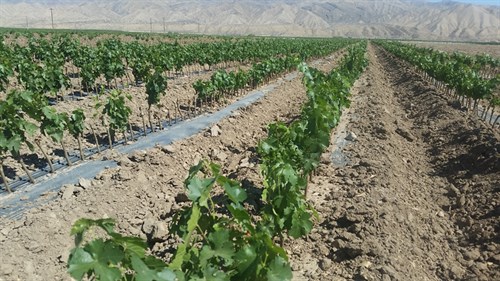 There are two parts to a grapevine: the rootstock and a scion grafted to it. In the past, it was common to plant rootstock in a vineyard and then graft the scion to it. These are called “field grafted vines” and this is what we did for many years. That changed in 2014 when we planted about 6.5 acres of Chardonnay,using “nursery grafted vines” for the first time and it was a big success. Nursery grafted vines spend a year growing at the nursery and hence produce fruit in their 2nd year. Field grafted vines produce fruit in the fall of their 3rd year. 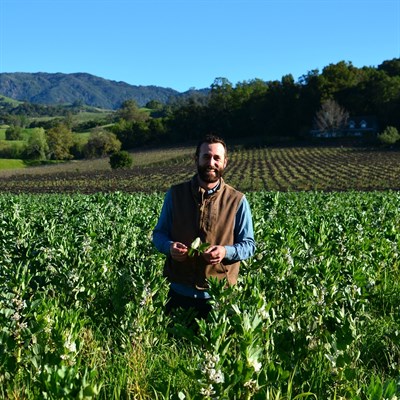 There will always be a part of the vineyard that is not as strong as another, but these challenges inspire me. They push me to look for new ways to improve productivity while maintaining excellent quality. A fun balance between modern innovation and traditional farming.