Dad, Sarah and I were having a discussion over dinner the other night about wildfires and how many times in the last 50 years there have been fire engines on the property. We couldn’t decide if it was 2, 3 or 4. Suffice it to say one time is one too many. Last year’s Kincade Fire came the closest of any and was stopped on our hillside, just above our house. Not only did the fire come too close for comfort, but we also lost PG&E power (our electric company) for 11 days (fortunately a neighbor lent us their generator). It was a wake-up call that some things needed to change.

Fire officials suggest two main goals for preparing for a wildfire: 1. Create “defensible space” and 2. “Harden structures”.  Since last October and the Kincade fire, we took these recommendations and have made several changes that we hope will help when the next wildfire comes our way.

We rented a generator for the months of August, September and October to ensure that not only can we continue to operate the winery and including the fermentations if PG&E power is lost, but we can keep our water system running which we would need to fight any fire. (Without power, we cannot cool our tanks for the Chardonnay or do pumpovers for the red fermentations.) We are exploring other options such as batteries and more solar panels and hope to find a more environmentally friendly solution in the future. 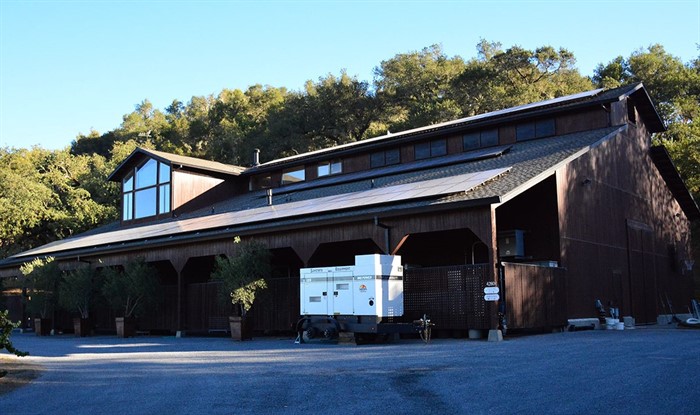 The underground wires that tell the pump to fill our water tank were damaged by fire fighting bulldozers in 2019 and have been replaced by a wireless system. I am now able to track our water tank level 24/7 on my phone!

To create defensible space, goats were brought in to graze down a couple of particularly thick brush areas near buildings. 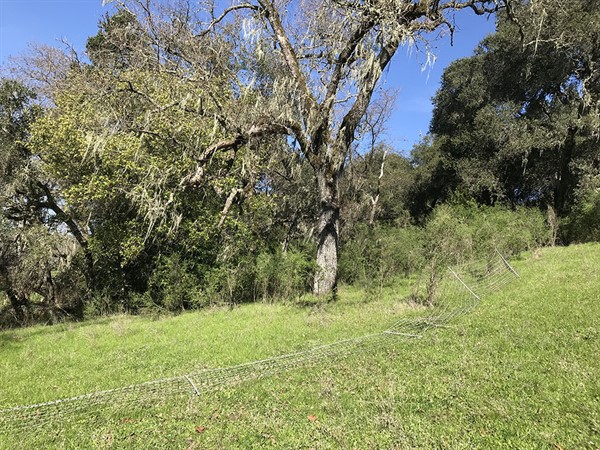 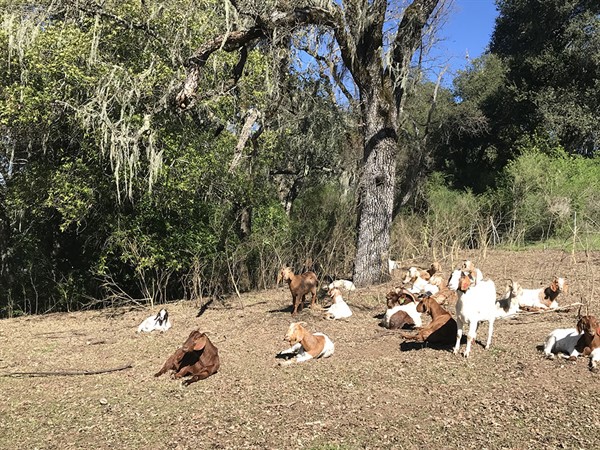 Our vineyard crew has also done some significant brush removal and tree limbing to reduce fuel and minimize “ladder fuel”. (Ladder fuel is low brush near trees where the fire can climb from the grasses into the brush and up into low branches of trees. Once the fire is in the trees, it is difficult to control.) 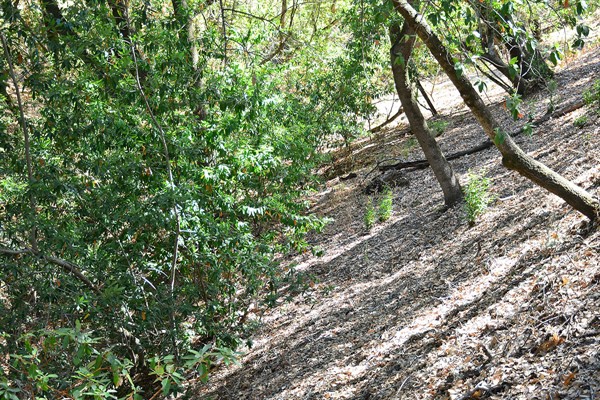 Trees near our homes and the winery have been trimmed back and, in some cases, removed. 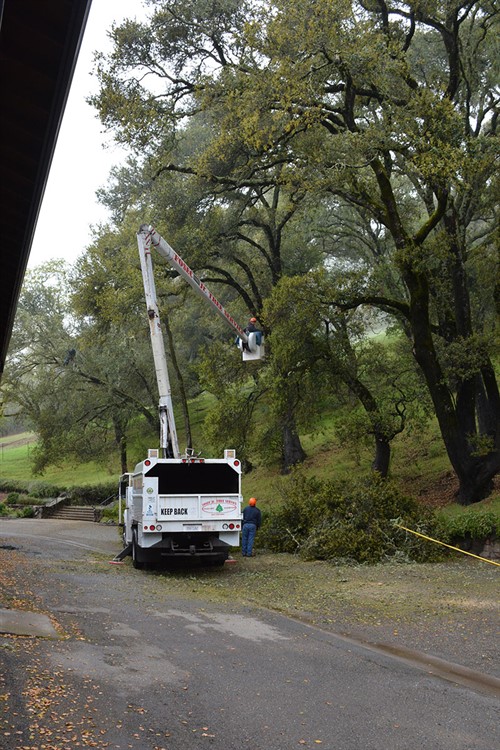 Normally, cardboard packaging supplies are kept under the eaves of the winery. During fire season, it is moved into the winery, so we have little flammable material available outside.

To harden structures, the rafter vents at the winery and two homes have been replaced with fire proof screens (Vulcan vents). These vents will melt and seal the openings when they get too hot, hopefully preventing any embers from entering the building and starting a fire inside. (Often buildings burn from the inside out caused by embers flying inside the building.) We also installed gutter covers (on the buildings that didn’t have them) to eliminate the buildup of leaves.

We are also in communication with the local fire officials about maintaining and reusing the bulldozer lines that they made on our hills last year. That way if a fire comes towards us again, they can use the existing lines to stop the fire, hopefully less work for them and more protection for us.

All these improvements will augment the existing fire protection which consists of fire hoses and ample water supply and pressure at all buildings near the forested part of our property. Since October 2019, we added signs to the hoses for the firefighters with helpful instructions including the volume of water available to them. 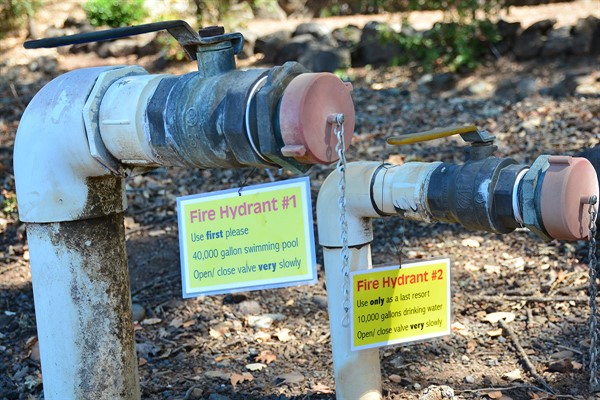 It’s no secret that California has experienced devastating fires these past years. Five out of the six largest fires in California history occurred just this year. As the climate continues to become drier and hotter with stronger winds, we can only predict that massive fires will continue. There are more projects on the horizon as we know that living with wildfires will most likely be a regular part of our lives in California.

This is the new way of life in California and now the West Coast. Many people are facing the same challenges we are. It’s a new, unfortunate, reality but together we can hopefully make a difference.