As many know, we were evacuated on Friday, October 13th, due to the looming Pocket Fire. While we were preparing to leave, my husband, Martín, suggested I set our game camera at the entry of the winery. That way, when we returned, we could see if any firefighters came or any wildlife fled the hills for safety in the vineyard.

Upon our return a few days later, I promptly forgot about the camera. Instead, I left it rolling for the next week. The first few photos showed snapshots of the evacuation. Blurred pictures of us moving gas cylinders into the vineyard. Cars leaving. And even the sheriff arriving to check in on the property. 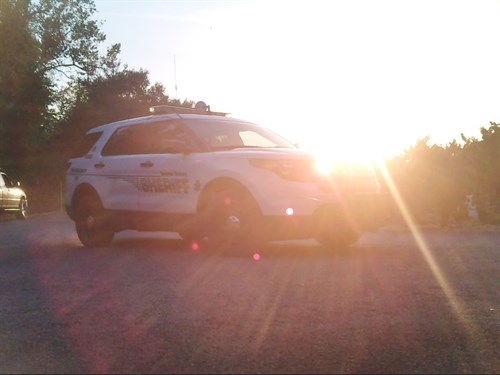 Our evacuation order was lifted on October 17th. At that point on the camera, there were still 832 photos remaining! Most were photos of our cars as we arrived and left work. The more I flipped through the pictures, the more I was struck by the daily life that resumed at the winery after the fires.

Scott arriving at work with his dog, Sophie, enjoying the breeze on her face. 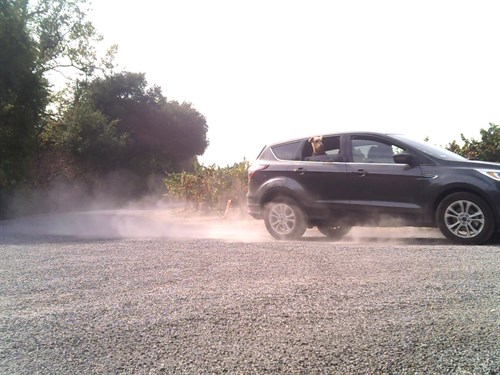 The harvester pulling in after a day of picking Cabernet. 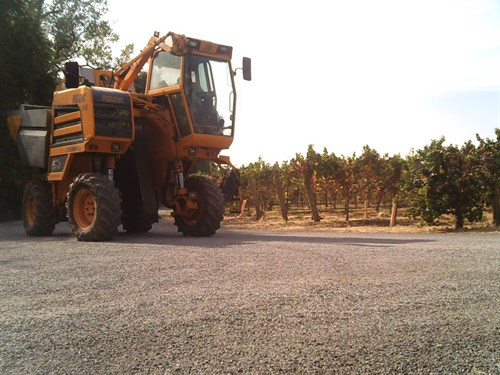 Ricardo forklifting around the winery. 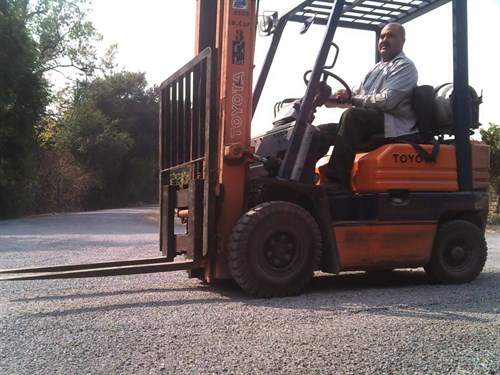 Dick/Grandfather heading out for his morning coffee with friends. 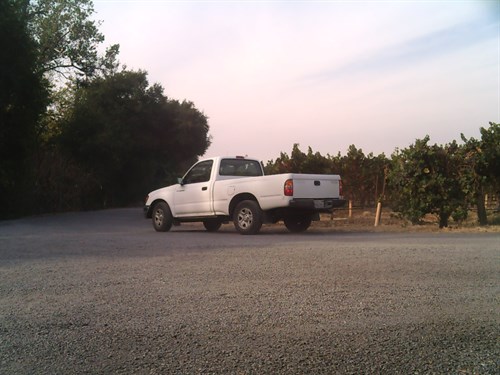 UPS picking up wine shipments to be delivered across the country. 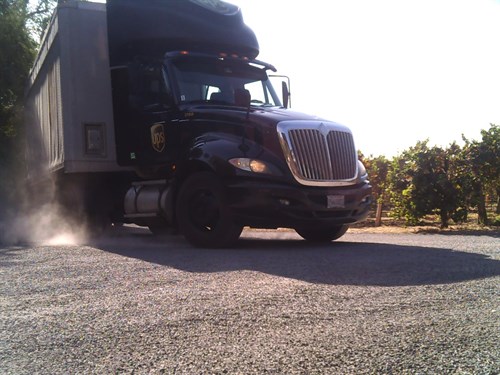 Parke/Dad hopping on his bike and heading out to the vineyard. 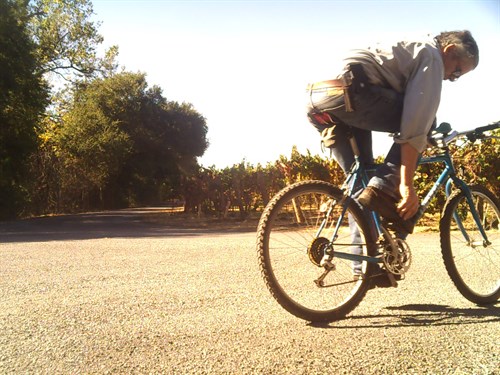 And a plethora of dog photos: 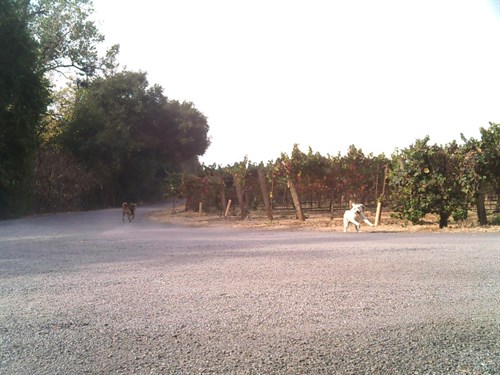 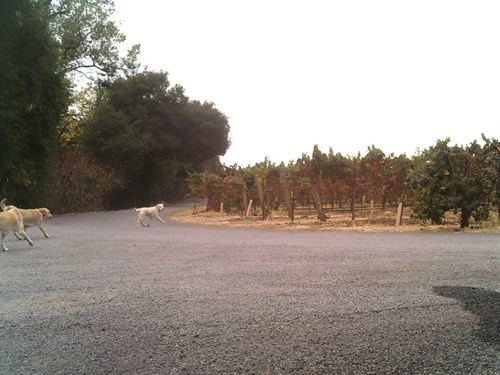 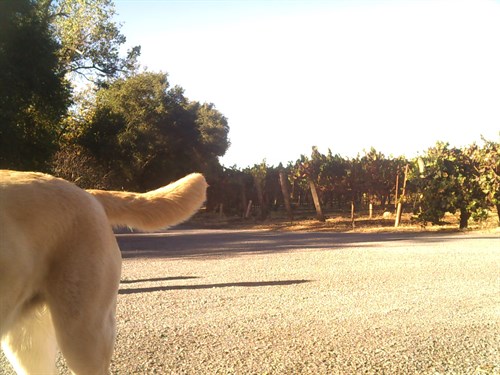 Even with such a tragic natural disaster, comfort comes with normalcy and routine. Our community has already launched into rebuilding and is looking forward into the future. Many fundraisers have been held around the counties. It’s incredible experiencing the sense of community that has come forward.

We’ve been so touched by the many patrons who have contributed to the Redwood Credit Union’s Fire Relief Fund. Thank you for that.

Now, we will place the game camera in the hills or along animal trails near the creek in hopes of catching photos of wildlife, instead of firefighters. We hope to share those photos with you soon.